My RV4 was built in 1986. It had the original Van's cowling, wheelpants, rubber wingroot fairings, and had the rectangular air intakes. I used to fly along side my father's RV6, and was usually about the same speed. 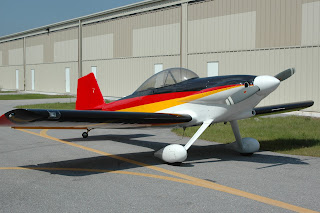 Then I brought the plane in for a major refurb. I changed the cowling out for a Sam James cowling, which was significantly lighter, and had the round air intake openings. I then put a Sam James fiberglass plenum chamber on and installed the Sam James fiberglass wingroot fairings. I installed the Van's pressure recovery wheel pants, then made really slick upper and lower gear root fairings along with fiberglass gear fairings. I followed this by a new paintjob. The decrease in weight was really significant. The next time that I flew along side my father's RV6, I had to throttle back considerably, because I was leaving him in the dust! The plane flew a good 15 MPH faster.


I attribute the major speed difference to the Sam James cowl and plenum chamber. It took a bit of adjustment to get the temps under control, but once they were there, they stayed constant, and the speed increase was significant. Thanks Sammy! 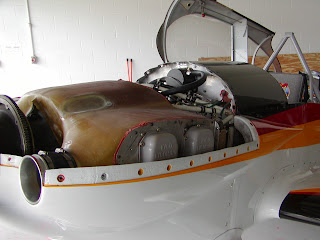 If you want to outfit your RV with some really slick fiberglass Holy Cowl, plenum chamber, or wingroot fairings, contact Sam James Aircraft at